Sometimes You Just Have to Polish the Duck: Lessons for Grownups From a Montessori Classroom 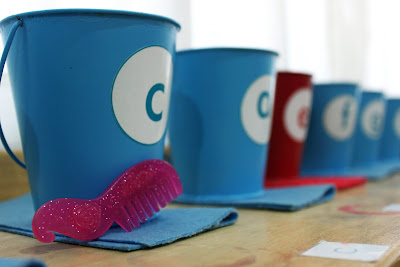 Sometimes You Just Have to Polish the Duck: Lessons for Grownups From a Montessori Classroom


I am continually taught important lessons by my son's Montessori education. Montessori puts a respectful, loving philosophy into practice. The Children's House classroom makes a place that embraces the Tightness of the child's intentions while shaping the child's ability to line up these intentions with action.

How distinct this approach is from what I experienced in my own childhood education. While a few of us might have been defined by the school as "good" or "smart," school was essentially a process that required distrusting and redirecting so that children might be kept "on task" or focused on what they "should" be doing, often ignoring what they would really like to do.

After experiencing a Montessori classroom, I have come to believe the opposite: the classroom structure (and, by extension, the structure of a home) can foster a child's practically innate desire to follow a path toward learning. This environment does not have to shoehorn all children into the same trajectory, but rather sets the stage for each small person to proceed as the way opens for him or her.

The deep trust I have in Montessori comes from experience. My son, Anson, had his first Montessori Children's House participation at age 4, weeks after relocating from California to Wisconsin. His transition to his new school in Wisconsin was at first difficult. He cried each morning before school for several weeks, begging us to let him stay home. I shed tears as well, once in front of his teacher as I mentioned how difficult the morning routine had become. Wisely, she advised us to change routines: what if we carpooled with another child to school? This suggestion transformed our mornings almost from the first day we started driving with a friend. I began to suspect that there might be something to this Montessorian emphasis on environment.

Anson did not outwardly grieve the transition from familiar California to unknown Wisconsin the way we did. My husband and I missed friends and longed for familiar places. After the carpool started, Anson appeared to pass blithely through the day. At school, however, he chose different activities than the other children. Many of the kids his age worked with number chains, created words with the movable alphabet, or traced the sandpaper letters. My son rarely did any of the things his first months in Children's House, at least not to my knowledge. Teachers told me he often watched other children engage in these activities, but he did not participate. Instead, day after day, Anson chose to practice something he learned as one of his first lessons in the school.

He took to the table a small tray containing a cotton cloth, clear shoe polish, and a wooden duck. Then he enacted a simple ritual. Lid removed from polish. Cloth dipped in polish. Polish applied on duck. Lid put on polish. Items replaced on tray. Tray returned to shelf.

"What did you do at school today?" I would ask, violating rule number one for how to start a conversation with your preschooler.

"I wandered around," he would tell me. "And I polished the duck."

The duck, his teacher informed me the second month of school, was well maintained. "Anson likes to polish wooden objects and repeats this often," his progress report duly noted. I silently calculated how much we were paying per month (with what kinds of financial sacrifices) to subsidize our son's wood-shining habit.

This gut reaction arose from the timework messages transmitted to me through my education about what children "should" be doing in school. I mistrusted Anson's desire to learn, longing for him to rush to the things that "kindergartners must know." As parents, we receive messages everywhere about what kinds of evidence our children should provide to demonstrate progress. I jumped to the conclusion that duck polishing was, if not what my son would do throughout his year in school, at least an indicator that he would not create the kind of output necessary to "be a success." In a culture that values product, the seeming passivity of observing others or polishing the duck is slightly suspect. Shouldn't a student immediately jump into producing something, the way I was expecting myself to be producing something in the job I had moved to Wisconsin to begin?

Fortunately, the school's director suggested I read more about the Montessori classroom. I learned that children entering this environment normalize, a term that I understand to mean the way kids figure out how to listen to the loving voice within that just a few years earlier urged them to sit up, walk, and speak those delicious first few words. To normalize, children must learn the structure of the Montessori classroom through participation. Polishing the duck was not just cloth on wood (although I imagine that the textures and smells provided daily comfort for Anson during the transition to all places new in Wisconsin). This task, included as part of the Montessori practical life curriculum, helped to teach the order, both internal to my son and external of him, necessary for working in other areas of the classroom. The repetition done at his choosing provided comfort and confidence during the process of learning to work in a Montessori classroom. One year later, as Anson draws maps, manipulates the addition board, and learns to write, his early period of duck polishing ritual has served him well.

How much better would all of us be if we learned to trust ourselves the way my son did during this time? I am sure that my first year at work would have been less traumatic if I had been given the opportunity to observe and gain readiness instead of pushing to replicate the output of the best years in my old, familiar workplace. We drive ourselves forward, always wanting evidence of achievement. I am guilty of demanding daily proof from myself that I am productive. Another report filed. Another flowerbed weeded. Another project begun.

Nonstop output is not only impossible, but our expectations that we work in this way exhaust us and set us up for failure. Big, "productive" accomplishments, whether learning to read or writing a novel, require a strong, healthy center that cannot be nurtured in the moment of rushing toward task completion. As my son demonstrated, rituals and routines, while not generating output, help create the environment for success and time for regeneration. The mindful pause, as Anson enacted when polish met wood, can help us prepare for future bursts of growth, and help us to rest after completing such growth. I try to remind myself that this step of regeneration is vital. Sometimes you just have to polish the duck.

DARCIE VANDEGRIFT is a Montessori parent and assistant professor of sociology at University of Wisconsin at Whitewater.

Posted by Kiddie Toes Montessori at 3:06 AM No comments: